Best Theme Parks in the UAE for Kids 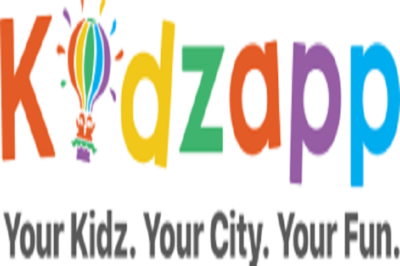 The United Arab Emirates (UAE) has gained popularity as a one-stop destination for everything under the sun in the last couple of decades. It has always believed in doing things extravagantly. So, when it comes to theme parks, how can it be behind? In recent years, Dubai and Abu Dhabi have built a plethora of outstanding theme parks with all state-of-the-art amenities that promise a day full of fun and adventure for the entire family. If you are in the mood to explore the amazing theme parks and amusement parks the region offers, here is a pick of the best theme parks in the UAE for kids.

Motiongate Dubai draws inspiration from the larger-than-life Hollywood industry. This massive theme park provides you with high-class entertainment from the most successful Hollywood motion picture studios. The park is segregated into five zones: Lionsgate, Columbia Pictures, DreamWorks, Studio Central, and Smurfs Village. You can also enjoy exciting rides, theatre shows, interactive play zones, and catch some behind-the-scenes action on real-life movie sets. The key highlights here are Hotel Transylvania, Smurfs Studios Tour, Step Up Dubai, All In!, among others.

KidZania is an indoor amusement park that resembles a mini city. You can find banks, restaurants, stores, petrol stations, schools, etc., and it gives kids a chance to live adult life for a short while. Your little ones can role play more than 80 professions, including bankers, teachers, pilots, astronauts, chefs, journalists, and doctors. It combines learning and entertainment in a fun way, and the kids also get paid with KidZania money that they can redeem in stores for food or merchandise.

VR Park Dubai takes you on a mind-blowing journey into the world of virtual reality and augmented reality. It blurs the lines between perception and reality, offering you an exhilarating, immersive experience that will boggle your mind. Based on the concept of shared escapism, it consists of 18 attractions in genres like action, horror, adventure, thrill, and leisure. Some of the popular rides here are Burj Drop, VR Outbreak, The Walking Dead, The Raft, APE-X.

IMG Worlds of Adventure is a huge theme park that covers an area of 1.5 million sq feet. It is divided into different themed zones such as Marvel, Cartoon Network, Lost Valley, etc. You can enjoy rides based on Iron Man, Spiderman, Superman, Thor, and Hulk. The Cartoon Network brings you delightful characters from Powerpuff Girls and Ben 10. Brace yourself for a meeting with fearsome dinosaurs such as Velociraptor and TRex at the Lost Valley Zone and experience some spine-chilling encounters.

Imagine having your winter wonderland bang in the middle of the desert. Ski Dubai is an indoor ski resort offering the much-needed respite from the city’s sweltering heat. It is covered with 6,000 tonnes of snow and maintains a sub-zero temperature throughout the year. You can participate in an array of snow activities such as skiing, zorbing, tobogganing, snowboarding, tube slides, and chairlift. It spans an area of 22500 square meters, and a big highlight of this place is the March of the Penguins show, where you can spend a lovely time with Gentoo penguins from Antarctica.

Warner Bros World Abu Dhabi gives you a chance to meet your favorite superheroes such as Superman, Batman, and Wonder Woman, and others from Warner Brothers movies and shows. It consists of 29 adventurous rides and interactive experiences and is located on Yas Island. Your children will have a blast with charming cartoon characters like Tom and Jerry, Bugs Bunny, Scooby-Doo, and Flintstones. It’s not just a theme park but also serves as a dining, shopping, and entertainment destination. You can get your hands on some fun and quirky merchandise from the stores here.

Atlantis Aquaventure Waterpark consists of a bevy of thrilling rides that are perfect for the entire family. Some famous rides here are Shark Attack, Leap of Faith, Tower of Poseidon, and Aquaconda Tunnel. You can also explore the ruins of the lost town of Atlantis and encounter thousands of captivating marine creatures at The Lost Chambers Aquarium. The theme park is the largest in the UAE and has a private beach, a children’s play area, and a lot of green space.

If you are a fan of the superfast Ferrari cars, a visit to the Ferrari World in Abu Dhabi is necessary. This gigantic amusement park brings you up, close, and personal with Formula One racing. It has a fantastic collection of Ferrari cars, and you can also participate in a Ferrari knowledge game show. It also offers other thrilling rides such as Flying Aces – the world’s tallest non-inverting loop and Formula Rossa – which at 150 mph is the world’s fastest roller-coaster.

Legoland Dubai is based on the popular and colorful LEGO building blocks. The Dubai branch is the first to open in the Middle East and is divided into Legoland waterpark and Legoland theme park. This massive theme park has miniatures of famous structures made with vibrant Lego blocks. Kids can build whatever their heart fancies. It has many impressive attractions such as Boating School, Beetle Bounce, Build & Test, Dragon’s Apprentice, Factory Tour, Police Headquarters, LEGO Studios 4D, and Rescue Academy.

Wild Wadi waterpark is themed around a popular character from Arabian folklore called Juha. It offers 30 exciting water rides and attractions that cater to every age group. Your kids can enjoy the Juha Dhow and Lagoon and play with tipping buckets. It also has the tallest and fastest free-fall waterslide outside the USA, called Jumeirah Sceirah, and the largest wave pool in the Middle East called the Breakers Bay. It is right opposite the iconic Burj Al Arab hotel, and you can enjoy stunning views of the sail-shaped hotel from here.

So, which one is your favorite theme park in the UAE? Not sure! Why not plan a trip to this beautiful destination and explore all these marvelous theme parks to your heart’s content?