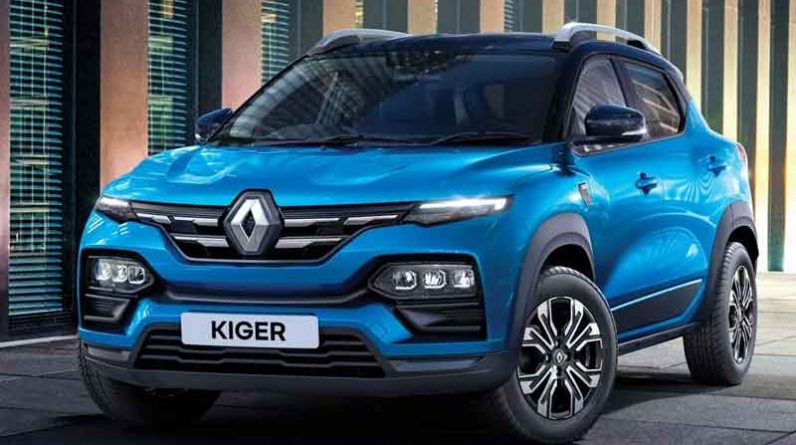 Both the SUVs have the same platform (CMF-A+) and the same powertrain, for which they are known as siblings. The French and Japanese carmakers’ alliance has been there for a long time. The Renault Kiger is Renault’s first sub-compact SUV in India.

Both the sub-compact SUVs are enjoying great success in the sub-four-metre segment in the Indian market. In terms of its competitors, the Renault Kiger takes on the likes of the Hyundai Venue, Maruti Suzuki Vitara Brezza, Mahindra XUV300, Tata Nexon, and others. It also locks horns with its sibling, the Nissan Magnite.

Despite having the same platform and engine, they both have their differences. A comparative study between the Nissan Magnite Review and the Renault Kiger Review will highlight differences and similarities. So, let’s find those out in this blog.

The Nissan Magnite’s interior looks nearly identical to the Renault Kiger’s interior. Both sub-four-metre SUVs have a single-tone dashboard theme in black with hard plastics. However, Renault Kiger takes the lead in the cabin’s layout. In addition, several features are identical between the two, such as the 7-inch TFT instrument cluster with Android Auto and Apple CarPlay, an 8-inch floating infotainment cluster, engine start/stop, an automatic HVAC, and a multi-function steering wheel, to name a few. Both SUVs offer ample storage space. In addition, they also provide a wireless charging tray, an air purifier, and ambient lighting as add-ons.

The Appearance: Dimensions and Designs

The Nissan Magnite’s dimensions measure 3994mm in length, 1758mm in width, and 1572mm in height, with a wheelbase of 2500mm. With these figures, it is 3mm longer and 8mm wider than the Renault Kiger. With particular dimensions and capacities, the Renault Kiger takes the lead.

The Kiger is tall at 1600mm and overtakes its cousin by having a larger boot space of 405-litres.

Both the SUVs share identical ground clearance with a rating of 205mm, and both have the same long wheelbase of 2500mm.

The Nissan Magnite has a kerb weight of 1039kg, while the Renault Kiger holds 1012kg.

In terms of the Magnite’s design, the Nissan Magnite’s exterior adopted a subtle design language. The Magnite’s front fascia looks butch, and its slim headlights and L-shaped LED DRLs give it a sharp look. It also gets an octagonal-shaped nose on its front fascia to give it a rugged-SUV like look. The Renault Kiger, on the other hand, gets split headlamps. The radiator grille, paired with the Renault badge placed in the centre, is flanked by slim LED DRLs that give the car a futuristic look. And, under the LED DRLs, it gets headlamp units that sit in the lower section of the bumper. At the rear, the Nissan Magnite and the Renault Kiger get distinctive design languages. The Kiger gets C-shaped tail-lights that further add to its futuristic look. The Magnite, on the other hand, gets sleek tail-lights that look proportionate with its design elements. The Renault Kiger and the Nissan Magnite run on 16-inch wheels. The tailgate of the Nissan Magnite looks more upright, while the Renault Kiger’s rear has a squatter stance, thanks to its integrated spoiler.

The Kiger’s turbo-petrol spec gets three driving modes: normal, eco, and sport, while the Nissan Magnite has only two driving modes.

The Renault Kiger price starts at ₹5.84 lakh for the base model, RXE, and goes up to ₹10.40 lakh for the top model, RXZ (all prices ex-showroom Delhi). The Kiger is offered in five trims: RXE, RXL, RXT, RXT (O), and RXZ.

The Nissan Magnite price, on the other hand, starts at ₹5.88 lakh for the base model, XE and goes up to ₹10.56 lakh for the top model, XV Premium (O), (all prices ex-showroom Delhi).

As per the cars’ pricing, the Renault Kiger is ₹4 lakh cheaper than its sibling, the Nissan Magnite.