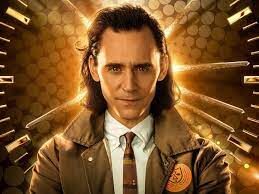 Finally, Loki’s last and final episode is here now, This episode also features some great stand-out guest performances, and we finally got to watch the Kang (The Conquer). And in Loki, He’s Who Remains And it was awesome! Now what will happen next, it will be known only in Loki Season 2. And now because of Sealvy, we will also get to see Multiverse War, and Kang will be seen in Antman Quantamania. and finally we got to watch.

the episode starts with Loki and Sealvy both reach inside the palace, He then pulls out a giant globe that allows them to enter; and there they find a Miss Minute who tells them that we will send you whatever they want, in a way she misleads them but Sealvy understands that she’s lying and She goes ahead with Loki.

there they finally meet Kang (The Conquer) who knows everything and Sealvy tries to kill her but she fails and then Kang (The Conquer) tells them that I know what is going to happen. And what has happened and at the same time, it also tells that either you kill me and fight multiverse war or the other way is that you rule both the TVA.

And on the other hand, some war is going on in TVA and Loki understands to Mobius that all this happened because of Kang, he had found Kang and because of his death all this is happening but Mobius is unable to recognize Loki, and only then Loki sees that instead of the timekeeper, there is an idol of Kang in the TVA and The Episodes End.

Now for my review of Marvel’s next series What if which is set to release in August, we will be exploring the multiverse. but I think that we got something in Spiderman No Way Home because both people have the potential to become fantastic roles. We also had Tom Welling who will play Billy and it looked like he’s getting into movies here too so hopefully soon! So what do you guys want to see us pick as Ant-Man? and there are rumored that all the villain of Spiderman is returning in Spiderman No Way Home but by a third movie. That said, some characters from other movies may appear again in an upcoming film like with his fellow Superior and current hero who is also being used as a vehicle for Marvel’s version of himself!

In the new Marvel NOW! film Thor Love and Thunder from writer/director Taika Watiti, it will be clear why. of what happened to Loki in The Dark World. When his son turned out not only a villain but also insane with rage, he had no one left to help him (except for someone who could stop Odin’s forces) at all.

And how can we forget that Doctor Strange in the Multiverse of Madness is also a cosmic event, We’ve talked about it and we’re very excited that Marvel’s offering us something different, but there are parts of the story where you wonder if people will care what they decide to do next because when these stories start being told in movies like Deadpool – those kinds at least don’t end up as box office hits.