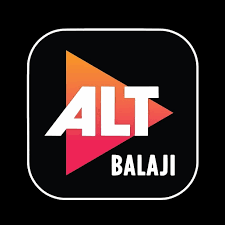 Online streaming has been the savior of many when they couldn’t go to theaters. A lot of streaming services popped up in everyone’s radar, apart from the commonly known ones like Netflix, Amazon Prime, Hotstar platforms like Zee5, SonyLIV & AltBalaji came up with their unique content. There were also a few regional players who came up with their own originals, like HoiChoi webseries for bengali, Stage originals for Haryanvi & Planet Marathi for marathi language.

Amongst these, the most popular in Tier II cities is AltBalaji, it is an Indian streaming service which is the brainchild of Ekta Kapoor, an Indian television producer. It was launched in November 2017. Like many other Indian entertainment streaming platforms like HoiChoi, this streaming platform aims at providing some of the best series, and in several Indian languages.

Alt Balaji originals are series that are exclusively available on Alt Balaji. There are a plethora of original and non-original series available on the streaming service including soap operas, reality TV, comedy, game shows, entertainment and factual programming.

In this list, we will introduce some of the best original ALT Balaji series.

Once you power through this list, you can take on some for your next binge party.

A story revolving around a man who has a happy life with his wife and two young daughters. Despite that, he falls in love with another woman, Ananya. When the truth finally came out, both families were divided. Ultimately Rohit has to choose between the love of his life and family. It is an extramarital affair that’s put across in a light way while still being diplomatic.

The Chandravimaan mission is failing and the Indian Space Agency (ISA) scientists blame a hot-headed scientist for the failure. Moushmi Ghosh wants to get India on Mars and she’s invested in that dream. Along with her repuatation around the agency, Moushmi faces some obstacles in the process, such as working with her ex-husband and dealing with her neglected daughter.

Home is a story that features a family of four living their normal lives. They have little fights, give each other support and experience the joys and sorrows of life in every household. Things go out of control as the father suddenly faces obstacles in his career. While family members are in disagreement with the law and system, they still join hands to fight against it.

Broken and Beautiful is a story about the power of love. Two people who have lost their significant others to death are given a chance to find each other again and explore a new type of love. Will they be able to let go of the past and set foot on this new path?

This ALT Balaji Original portrays the contributions of a patriotic leader and heroes during the Indian Freedom struggle. Bose: Dead or Alive is a series about the life of this influential Indian leader and freedom fighter who disappeared in the pre-independence era.

ALTBalaji’s Dev DD is a female-centric portrayal of women and their lifestyles in India. The show delves into its lead character’s world, one filled with sex, drinking and smoking – unapologetic at every turn. But soon after arriving in the city of dreams, Mumbai, she realizes what love is really about when her heart gets broken by a guy.

Haq Se explores the story of four Kashmiri sisters who are a victim of an orthodox rule and whose dreams are suppressed constantly. While each one wishes to attain her goals, a rebellion against injustice turns their lives upside down. Packed with amazing cinematography, this series shows some of the most mesmerizing shots of Kashmir Valley.

Fate reunited their ex-lovers, Nitya, head chef of Indie Spice, and Vikram. Lost memories of the time they shared brought back sweet memories and also a pinch of spice.

PM Selfiewallie tells an interesting story of a lively NRI Fashion blogger. She was given the chance to become the youngest minister and the Prime Minister of India but soon realized that overnight decisions have their share of difficulties. The success of Indian Prime Ministers has been questioned in the past and might continue to be. This ALTBalaji Original series brings us a compelling story as well as an intriguing concept that blends comedy with suspense.

Alt Balaji brings a web series that will keep you on the edge of your seat throughout the whole experience. It tells the story of Rudra Srivastava, the Senior Inspector of Uttarakhand Police. He is manipulated by a woman into kidnap a lgirl from a wedding. After committing the crime, the consequences that Rudra has to suffer exhausts his will and ruins his life piece by piece. Although he sees himself caught in an obvious trap, he can not do anything to get out of it.

The Test Case depicts the story of the only female in the Indian Army, Captain Shikha Sharma. To stand out among her male colleagues she takes on challenging tasks and performs at a high level. Shikha tries to change the usual gender stereotypes by becoming a female Combat officer.

Galti Se Mis-Tech is a reflection of our generation’s life revolving around social media, and the protagonists, Dhara and Shivam are no different than anyone else these days. They often have to deal with errors when dealing with malfunctions, but they keep their relationship alive and well despite the errors. This series is a good example of the bittersweet relationship between two people and their cute romance.

Romil and Jugal is a story about two Indian men, from the opposite sides of the country, who fall in love. The story follows their journey, as they face opposition from society and family, leading to several hardships at different stages of their lives. They go through several backlashes but eventually get a nod for their relationship.

The complicated story covers two people in a marriage who are complete opposites of each other. Cupid strikes these people, who have been yearning for love, and they find what they have always wanted. There are two lovers who love each other deeply but because they both have commitments they can never unite.